Moira Fuenzalida, a long-time LiveWorkPlay member, was recently featured in the newsletter of the condominium building where she resides. The headline read “Resident’s Quick Action Prevents Extensive Fire Damage to Unit.” 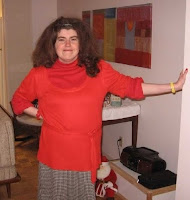 The abbreviated story is that Moira heard the smoke alarm of her neighbour across the hall, and after determining that they were not at home, she called the condo emergency number. The on duty superintendent evaluated the situation and brought the fire department to the scene.

According to the article, the unit was by then full of smoke and firefighters arrived in time to extinguish a smoldering fire on the stove. The end result: nobody was hurt, and there was minimal damage to the unit.

Moira was quoted in the article as saying “I’m just glad I was home to hear the smoke detector.” Three cheers for Moira, just an ordinary neighbourhood hero!

BOARD FOLLOWS UP AGM, LEADS BY EXAMPLE

At the LiveWorkPay Annual General Meeting 2009 on August 27th there was discussion about the impact of small grassroots fundraisers. In 2008-2009 these included such events as the Garden Fairy Hosta Bee, Roger Dodger Volleyball Tournament, Hanes Wine & Cheese, Allison Moores Marathon Sponsorsh 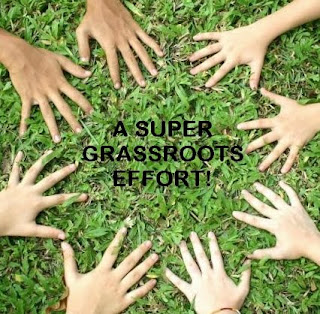 ip, and more! Typically these events are hosted by LiveWorkPlay supporters with help from their own network of family, friends, and colleagues and minimal involvement from LiveWorkPlay staff.

The Board of Directors was so impressed with these events and their potential to bring new funds and supporters to LiveWorkPlay that they hosted their own Dinner & Kitchen Party on September 27. The sold out affair featured a specially prepared buffet at Fuschian followed by entertainment at Raw Sugar.

Special thanks to long-time LiveWorkPlay supporters Robert Bigras and Kate Lusk for bringing this concept forward to the Board and organizing the performance by Missy Burgess. The event raised over $1000!

At the Annual Orientation on August 27 LiveWorkPlay announced an ambitious plan to radically boost the size and scope of the volunteer team, with particular emphasis on one-to-one matching. 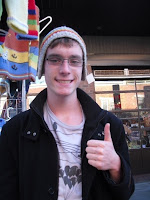 m in the summer as Coordinator of Volunteers and Natural Support Networks, and the early results are overwhelming, with the volunteer team having double in size to about 60! About half of those represent individual matches, with shared interests that range from video games to shooting pool to shopping.

Luke Bailey (pictured) is one of the new recruits to the volunteer team. He is currently spending time with two adult members who share similar social interests. Luke is a student at the University of Ottawa who recently worked at Camp Misquah and decided he wanted to continue making a contribution to supporting people with intellectual disabilities while completing his studies.

Fran reports that there has been a dramatic increase in male volunteers. “What seems to be happening is many of our newest volunteers really appreciate the very specific nature of the opportunities,” says Fran.

Some volunteers that first got introduced to LiveWorkPlay through the matching program have come back to Fran to say that they’d be interested in doing more: “It’s a great way for people to get engaged with the organization, because the people we support are our strongest community ambassadors!”
LIFE IS NOT A PROGRAM!
Life is not a program: that’s the essential guiding philosophy underlying recent changes to the delivery of LiveWorkPlay adult supports and services. Many members and their parents were concerned about the proposed changes, as they were comfortable with the existing “day program” approach. To be sure the transition has been challenging, but after only a month, the good news is in: it is working!
Speaking of working, that’s what more and more people are doing. Jen Bosworth, Manager of Employment Supports, has developed new job opportunities with partners both big and small with the result that many adult members have become employed and/or increased their hours of emplo 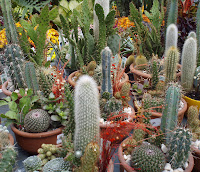 yment. These opportunities range from jobs with major businesses like Tim Hortons to self-employment with paid contracts for dog walking services.

Some interesting and exciting volunteer opportunities have also been developed. For example, if you tune intoFundamentally Sound on CKCU Radio 93.1 these days you may well hear the voice of long-time LiveWorkPlay member Ryan McBride. Ryan is actively contributing behind the scenes, and has also started doing on-air announcements!

In order to increase the availability of learning and social opportunities, Community Options coordinator Daniel Harris has developed numerous projects and gatherings that are not tied to office hours. This includes for example hosting a small group to meet on a weekday evening for a cooking class. LiveWorkPlay has also supported many adult members to enroll in City of Ottawa courses ranging from art to yoga! The photo abovewas taken by a member of the LiveWorkPlay photography club.
This approach has opened the door to new opportunities for members who are not free during the day due to other commitments, or are simply looking to be active with others in the evening (beyond the weekly opportunities that continue to be offered on Friday nights with staff coordination and the support of the volunteer team).
All of these changes have resulted in a new energy that has spread throughout the LiveWorkPlay community. The amount of coordination, tracking, and follow-up required is somewhat mind-boggling, but the results cannot be disputed: members, their parents, and other supporters continue to report positive outcomes!
PLEASE WELCOME EMILY
LiveWorkPlay is pleased to welcome Emily McLean, a placement student from the Carleton University Bachelor of Social Work program. Emily is a recipient of the 2

009 Edith Moore Bursary, but she brings with her more than academic experience – she has also been the owner and manager of pub!
A little experience dealing with chaotic environments is never a bad thing, and Emily has already assumed a number of front-line duties and responsibilities. This includes hosting photography, cooking, and video clubs.

SETTING SAIL FOR THE MARITIME KITCHEN PARTY
Keenan Wellar and Julie Kingstone will be heading to New Brunswick on October 23rd to represent LiveWorkPlay at the Maritime Family Kitchen Party. Co-h 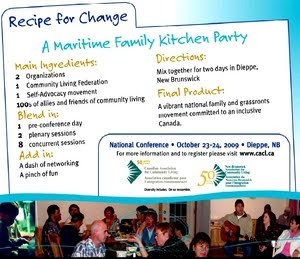 osted by the Canadian Association for Community Living and the New Brunswick Association for Community Living, the conference is a national gathering of families, self-advocates and allies working towards a more inclusive Canada.
For more than half a century, families have come together within the Community Living movement to create communities that accept, value, and include their sons and daughters with intellectual disabilities. One conference objective is to look at new ways of growing the movement, and Keenan will be contributing through participation in a panel discussion as well as delivering a presentation about the benefits of online networking as a community-building tool.
LiveWorkPlay has been connecting with members and the public through tools likeYouTube, Blogger, and Facebook for many years. You are encouraged to Become A Fanof LiveWorkPlay!

On September 23, United Way Ottawa announced its goal for the 2009 Community Campaign — $31.7 million. With this year’s campaign theme of Rediscover Community, United Way is asking everyone to look at our community in a new light, to contemplate their aspirations for it and to consider United Way as their way to achieve those aspirations. Check out LiveWorkPlay member Analisa Kiskis, featured in a poster that is part of this year’s campaign! Just click on the picture to see the full size version.

Do you know a Community Builder? United Way Ottawa’s Community Builder Awards (CBAs) recognize people who make a difference in the lives of others in our community through their volunteer work. United Way’s volunteer recognition team is out and about in the community throughout the year, handing out surprise CBAs to many unsuspecting and well-deserving recipients. In addition to the award, the names of the recipients are inscribed on the Scotiabank Wall of Inspiration, located at Ottawa City Hall. Click here to Nominate A Community Builder.

If you are participating by donating to United Way through a workplace campaign or directly from your household, you can direct all or party of your donation to LiveWorkPlay. LiveWorkPlay is currently benefitting from United Way support for our youth services, including Friday night outings during the school year, and the summer travel program! Click here for a handy PDF form that will save you a few steps in making a United Way donation.

FEAST, CONFERENCE, NYE, SALE
There are many terrific events on the horizon, starting with the Heartwood House OC Transpo Unclaimed Items Sale on October 31 from 12:00-2:00. There are no tricks, just treats! Enjoy incredible bargains on items ranging from electronics to clothing. Many LiveWorkPlay members will be on site as volunteers – stop in for a deal and say hello!
The annual LiveWorkPlay Family Conference is tentatively scheduled for November 21. Last year’s event scratched the surface of the broad topic of people

with intellectual disabilities, their rights, and the law. The discussion was intense and important, and this year there will be follow-up with more specific topics and expert guests. The date is not yet firm because it might change depending on the availability of our special guests.
The first ever Festive Family Feast is set for December 18 at the St. Anthony Banquet Hall, 523 St. Anthony Street (at Preston, lots of free parking). The new Family Feast events replace the old Family Fun Night format. Guests will now enjoy a complete meal providing more time to talk and network, and less time with structured activities.
Last but not least, don’t forget your tickets to the LiveWorkPlay New Year’s Eve Party – In Private! This year we are taking a break from the big public parties of the past few years for a private members-only celebration. We are moving to a new location at the Delta Ottawa in the classy Algonquin Room. Quality Entertainment is back with a professional DJ and of course there will be a delicious buffet dinner!ast but not least, don’t forget your tickets to the !
THANK YOU FOR YOUR SUPPORT

If you would like to make a donation to LiveWorkPlay, please click here to donate online or use our new PDF donation form which now has options for credit card and pre-authorized withdrawals. You may also specify how you would like your donation to be used.

It is United Way Ottawa/Centraide campaign season and this is a great time to contribute to LiveWorkPlay and any other charities that you support. You can download a United Way donation form that already has the LiveWorkPlay information included. The United Way supports LiveWorkPlay youth services!

We hope you have enjoyed this 34th edition of LiveWorkPlayNews. If you have received an email about this blog in error and/or you would prefer not to receive future LiveWorkPlayNews messages, simply click here and follow the simple instructions. Click here for the web page that can be used by newcomers who would like to join LiveWorkPlayNews. Feel free to share the address with friends, colleagues, and family who might like to subscribe. Send story ideas to Keenan Wellar.