This year’s LiveWorkPlay golf tournament on August 29 promises fun and excitement. There will be friendly competitions for bragging rights, but also the opportunity to win spectacular hole in one prizes like $10,000 from Tan 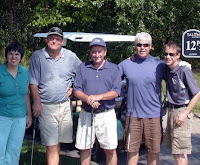 ner Insurance, or a new vehicle from Myers Hyundai or Dow Honda! We’ll follow up in our next blog with a full thank you to all of our sponsors.

Over 100 golfers are now registered but with just a few days remaining there is plenty of room for additional individuals and teams. Come on out for a great day of golf in support of a great cause! You can register online at http://golf.liveworkplay.ca. You will receive a receipt immediately after completing payment.

LiveWorkPlay volunteers have told us time and time again they love what they do and they don’t want any special recognition, but sometim

es it can’t be helped! Volunteers Clement Chan and Michelle O’Doherty were recently a part of two unique events.

LiveWorkPlay nominated many of our young volunteers for the opportunity to meet Prince William and Kate Middleton, the Duke and Duchess of Cambridge, at a special private Rideau Hall reception hosted by Their Excellencies The Right Honourable David Johnston Governor General of Canada and Mrs. Sharon Johnston. The ceremony recognized 120 young Canadian volunteers. We were very proud to have Michelle representing the LiveWorkPlay volunteer team!

It might seem like the LiveWorkPlay volunteer team is growing so fast that there might not be any new opportunities available, but that’s not the case! Volunteer Coordinator Fran Childs has just listed dozens of new LiveWorkPlay opportunities on the Volunteer Ottawa website! If you are looking for interesting ways to help make our community a more welcoming place for people with intellectual disabilities, click here to see the possibilities!

LiveWorkPlay took part in the Fundchange summer challenge sponsored by Telus. This friendly competition involved more than 20 non-profit agencies across the country proposing projects and seeking donations. The one project that was both fully fund and received the most Facebook “likes” (a virtual “thumbs up”) on the Fundchange website would benefit from an additional $5000 from Telus.

The LiveWorkPlay project Fund The Feast sought to reduce admission cos 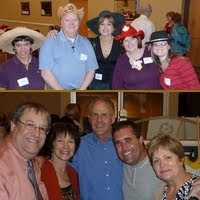 ts for people with intellectual disabilities, family members, and supporters at three community gatherings in 2011-2012. We are pleased to report that the LiveWorkPlay project was fully funded, with more than 25 donors contributing well beyond the original $5000 goal. In combination with receiving the most Facebook likes, it was announced on August 18 that LiveWorkPlay won the challenge!

The resulting additional $5000 contribution from Telus will be presented at a future event that is being organized by Fundchange.

LiveWorkPlay success in this challenge comes from many years of investment in social media and our work in this area is now widely recognized. Some recent examples include Keenan Wellar’s participation in the Social Capital Ottawa conference (see Ottawa Citizen news article and Rogers Daytime television interview) and a crowdfunding feature in Charity Village.

A Vision For A Welcoming Community

Registration is now open for the LiveWorkPlay Welcome Back Family Feast and Annual General Meeting on September 23. Enjoy a delicious meal as we review developments of the past year and explore the possibilities for a community that welcomes people with intellectual disabilities as valued citizens.

The board of directors will be calling upon voting members of LiveWorkPlay to adopt a new vision, mission, and values for the organization. These new proposed guiding statements are closely aligned to the United Nations Convention on the Rights of Persons with Disabilities, which has been ratified by the Government of Canada. There is much work to be done to make the Convention a practical reality, and LiveWorkPlay has a role in advocating for positive change by living it ourselves. This involves themes already familiar to LiveWorkPlay constituents. 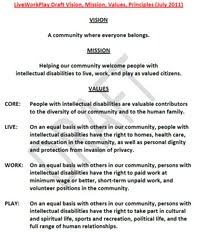 “With the feedback we are receiving we recognize that our members are very happy with LiveWorkPlay supports and services,” says Marlene Floyd, chair of the board. “This mission review process has been about recognizing that we cannot be fully successful in our work without contributing to a broader dialogue with our community.”

The proposed revisions are also about accountability.

People’s lives are complicated, and it’s not always easy to explain how our work makes a difference, or to point out the systemic and attitudinal barriers that contribute to the marginalization of people with intellectual disabilities.

“On the operational side of things what we hope to gain with this new vision, mission, and values proposal is to become much more effective in measuring our own progress as an organization as well as evaluating conditions in the greater community against the objective and respected standard of the Convention,” says co-leader Keenan Wellar.

At a time when many agencies supporting people with intellectual disabilities are dealing with challenging questions about balancing their responsibilities to their members with expectations of funders and regulatory bodies, these developments at LiveWorkPlay are generating a lot of interest from others (see for example a recent article on the Community Living Ontario website).

Allison Moores reports that the task of meeting with all LiveWorkPlay members and (where applicable) their family network is 75% complete! A total of about 50 meetings have been concluded thus far. These individualized planning meetings require 30-90 minutes and will form the basis for support plans that elaborate each person’s goals and the LiveWorkPlay role in helping pursue them.

Allison facilitates the meetings, which are usually attended by at least on 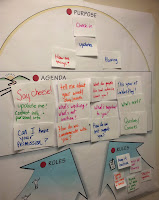 e other LiveWorkPlay staff that has been involved in supporting the individual. Other attendees usually include at least one parent, and often siblings or other key supporters that the individual has invited to help them.

LiveWorkPlay is working hard to remove any mysteries about what supports are provided, what each individual and their family can expect from the organization, and how progress will be evaluated.

“A goal for the coming year is to host information about each of our members on a secure website that is already being tested,” says Julie Kingstone. “We want each individual to have full access to their own plan and be able to log in whenever they like to review any information added by staff and to provide updates of their own.”

It has been anything but a sleepy summer for Jennifer Bosworth and Mathieu Nadeu in providing Employment Supports at LiveWorkPlay. The success stories are so numberous they simply can’t all be captured here, but we’ll get a start on it with a few highlights!

Shelby Penny has made quite an impression at Tim Hortons, and it’s not just his supervisors and co-workers that have good things to say, it’s also the customers! Recently a comment card stated that while they love Tim Hortons food and beverages, the service provided by Shelby was the highlight of their visit!

It’s a similar story for Emily Menard at The Works Gourment Burger Bistro. Her supervisors and co-workers find her enthusiasm infections and her strong work ethic has been clear from day one!

The search for new employment partners never stops, and LiveWorkPlay has benefited from hosting visits by Joe Dale from Rotary at Work in seeking to create a relationship with local Rotary Clubs.

LiveWorkPlay is supporting many youth (like Emily) who have just graduated from high school, and many are on the verge of long-term paid employment after just a few weeks in the labour market. More news to come!

LiveWorkPlay is pleased to welcome George Kranitis and Natasshia Lee to the full-time staff team (now eleven strong). They have both been hired for Community Connector positions, which involve helping LiveWorkPlay members pursue their

individualized interests in sports, education, hobbies, volunteerism, and more. Much of this work has been done and will continue to be done by senior staff member Grace Hudson, who will be introducing George and Natasshia to their new roles.

The initial hiring process was focused on creating one new position, but while the more than 150 resumes were coming in and interviews being organized, LiveWorkPlay started a new partnership with Families Matter Co-op that has increased the need for Community Connector support. In addition, m 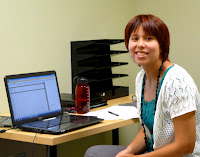 any former youth members have graduated from high school and support for engaging in social and recreational activities is very much in demand.

George and Natasshia bring with them excellent credentials. George has a Masters is Social Development from the University of New South Wales as well and is very excited for the opportunity to apply his skills and experience in Canada. Natasshia has a Masters of Education from the University of Ottawa and will be applying her significant local experience to her new position with LiveWorkPlay.

LiveWorkPlay is also pleased to announce that Zelena van der Leeden has been hired for a contract position for on-call support. Zelena is a long-time dedicated LiveWorkPlay volunteer, already familiar to many of the individuals she will be supporting.

News From The Home Front

Anthony Stratton and Daniel Harris report on an amazing summer of supporting LiveWorkPlay members to enjoy their lives in their own homes. Ryan Nevitt has been expanding his culinary skills and this photo of some of his results yielded all sorts of compliments from his network on Facebook. His only challenge now is how to manage guests attempting to invite themselves over at dinner time!

Of course living in the community is not only about what goes on inside the home, it’s about getting out an enjoy life. With some support Melissa Cunningham has developed into an incredible organizer of social gatherings. It is believed she set a record with a group of more than 20 at a recent dinner party hosted at a local restaurant.

People with intellectual disabilities are often lead to believe that getting together with friends is a simple matter of picking up the phone, but that’s just not reality. Being social is actually a lot of hard work, even if the result is 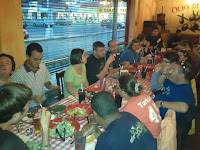 having fun. LiveWorkPlay helps by breaking down the tasks involved in deciding on a location, making invitations, following up, and hosting. Melissa has become increasingly independent in all aspects!

Other interesting summer news from LiveWorkPlay members included Jennifer Harris being elected to the executive of the Carleton-Mississippi Mills Green Party and Paul Knoll sharing his love of baseball with this priceless reaction to a Fat Cats victory!

Our Voices, Our Movement

The People First of Ontario annual conference takes place October 28-29 in Toronto. Click here for registration details. LiveWorkPlay is in discussions with People First Ottawa and may be able to assist with travel arrangements for local self-advocates who are interested in attending. Contact Keenan to express your interest.

Join 2011 Campaign Chair Max Keeping, together with Ottawa’s top business and government leaders, agency representatives and the general public, for breakfast served by celebrity servers. Meet the 2011 Campaign Cabinet, and connect with your community to celebrate the start of United Way Ottawa’s Annual Campaign and help make change happen in our city.