WELCOME AND THANK YOU

If you are a new subscriber, welcome! And a thanks goes out to all of our existing supporters. We’ve not been in touch by e-news since December. This is not due to a lack of action, but rather some overwhelmingly positive developments that have required a 20% expansion in our staff team. That’s a lot of recruitment and training! It will all be explained in a future edition but you can get the basics from our staff contact page.

Additionally, we’ve been working on our own Make A Buzz Ottawa event and supporting the Algonquin College Public Relations (ACPR) campaign for LiveWorkPlay. More about this below!

JOIN US MAY 12 FOR MAKE A BUZZ OTTAWA! 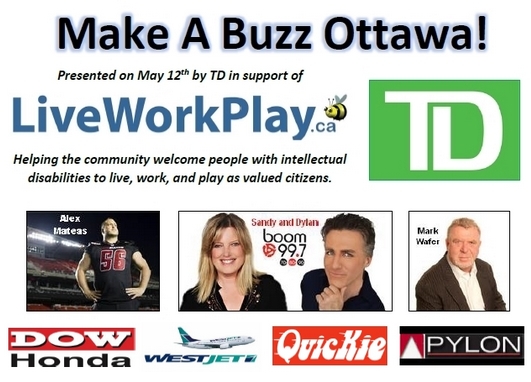 After announcements late last year that the former Recipe for Success auction and Engines of Success recognition event were being combined into one celebration, it’s all come together very quickly and we are building up to what is sure to be an evening to remember.

Let’s start by dropping some names! Our keynote speaker is Canadian businessman and internationally recognized disability advocacy leader Mark Wafer. The evening is co-hosted by Sandy Sharkey and Dylan Black from BOOM-FM (and Dylan is also one of the hosts of Rogers Daytime). Last but not least (and certainly biggest) Alex Mateas from the Ottawa RedBlacks joins us to assist in an award presentation. Read more on our event page!

ACPR STUDENTS MAKE A BUZZ OF THEIR OWN! 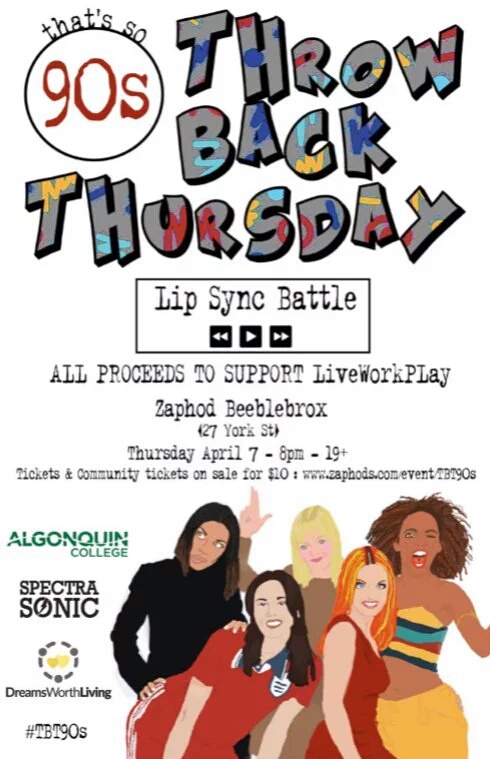 They not only get credit for inspiring the name of our May 12 event, but they have set up their own incredible calendar of fundraising and awareness events throughout March and April.

You can find out more about WHY the Algonquin College Public Relations Students are supporting LiveWorkPlayfrom this story.

Megan Balah, a member of the ACPR team, was interviewed on CKCU-FM to explain the entire process followed in deciding on a charity to support and putting together the various events.

Each of 10 teams of 5 or 6 students comes up with their own event which they promote to the public! All of the events are also promoted under the umbrella of “Dreams Worth Living” and you can find out more from their campaign page. Pictured is a poster for just one of the many exciting events ACPR is hosting across Ottawa!

It has been a busy few months developing new employment partners, include Welch LLP, Shopify, and Elections Canada, all three of which have publicly celebrated employees connected through LiveWorkPlay employment support.

Emily Menard was featured in a video produced by United Way Ottawa and partner Bell Media, filmed on site at Welch LLP and later broadcasted on CTV.

Ryan Nevitt took part in a regular feature at Elections Canada where employees talk about their jobs, their interests, and their experiences in the workplace.

Tim Siebrasse became a “Shopifolk” meaning he is employed by Shopify, an Ottawa commerce and technology success story.

With assistance from Shopify co-workers, Tim’s story was published on our own blog with a special afterword by LiveWorkPlay co-leader Keenan Wellar. The item generated an overwhelming response on all of our social media channels.

“Diversity is one of the core values within Shopify as we believe that a diverse team creates a unique culture,” said Maryn Adlard, Office Coordinator at Shopify.

“Tim is an awesome addition to our team. His laugh is infectious. We have a large volume of Christmas mail, and he’s been sorting and organizing more than sixty items of mail a day. We really couldn’t have done it without him.” 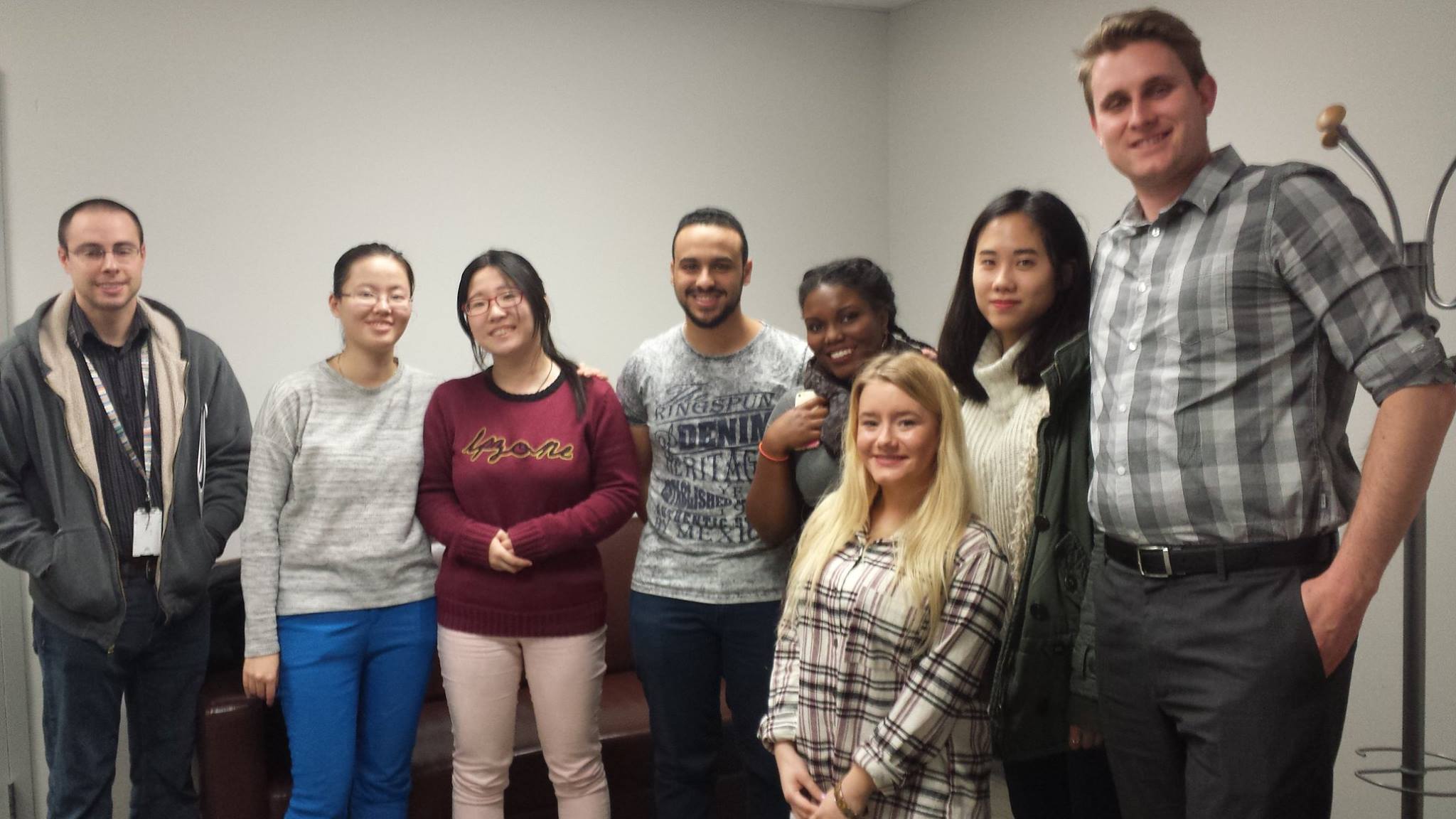 People Connector Alex Darling has been enjoying a steady buildup of the volunteer team over the winter (some recent newcomers are pictured here) and for the most part, neither sleet nor snow nor rain has kept these dedicated individuals from their orientation and training opportunities.

“With spring on the way, this is a great time for new volunteers,” says Alex.

“Like everyone else our members will be looking to get out more and this opens up a whole host of opportunities for one to one matches and Friday meetups!”

Donations for December 2015 were up significantly this year. LiveWorkPlay does not currently use direct mail or other donation appeals beyond our social media channels and our networks of members and supporters, so the more than $10,000 received is greatly appreciated. “It’s wonderful to have donated funds because of the flexibility they provide,” says Co-Leader Julie Kingstone. “But it’s also a big boost to the team to see donors have confidence in our work.” If you would like to give we make it easy for your with our CanadaHelps page.

There has been a ton of recent activity on our Facebook page, so please join in that fun too! You can also follow @LiveWorkPlay on Twitter, and check out our channel on YouTube. Want to catch up on your LiveWorkPlay history? Don’t forget our 20th anniversary book!