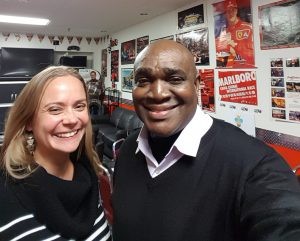 We finished out 2017 by being thankful to the community for supporting LiveWorkPlay through some interesting challenges, including the closure of our office building due to flooding at the end of October. As reported, we have established temporary headquarters at St. Anthony’s Banquet & Conference Hall, awaiting re-opening of the Pebb Building at the end of February.

We were also thankful for more than $19,000 in donations generated by 10 individual donations plus an anonymous donor that pledged a match of up to $10,000 until the end of December.

The first month of 2018 has passed by quickly, and that means our March and June event season will quickly be upon us! Registration is now open for the Foolish Family Feast (named for proximity and occasional landing right on April 1) and this year will feature a live band, with an appearance by Chicken Fried who are donating their time to put on this show!

Make A Buzz Ottawa 2018 planning is well underway, and registration is open. Each year there are sad faces because some of our most passionate supporters wait too long to get their tickets.

This event does sell out and we encourage you to act soon to make sure you don’t miss out. It’s going to be another amazing evening recognizing our own members as well as community partners and individuals who have made significant contributions to an inclusive Ottawa.

There was breaking news just before the holidays from the Ministry of Community and Social Services “Ontario Pledges New Funds to DS Sector to Strengthen Agencies’ Ability to Deliver High Quality Services.” Details have yet to emerge. The Minister of Finance is touring the province for pre-budget consultations and LiveWorkPlay will be a delegate to the session in Ottawa on January 31. It has been more than 9 years since agencies have receive annualized budget increases, meaning that with each passing year they lose ground to basic inflationary pressures as well as the costs of the many new regulatory requirements that have been established since 2008. 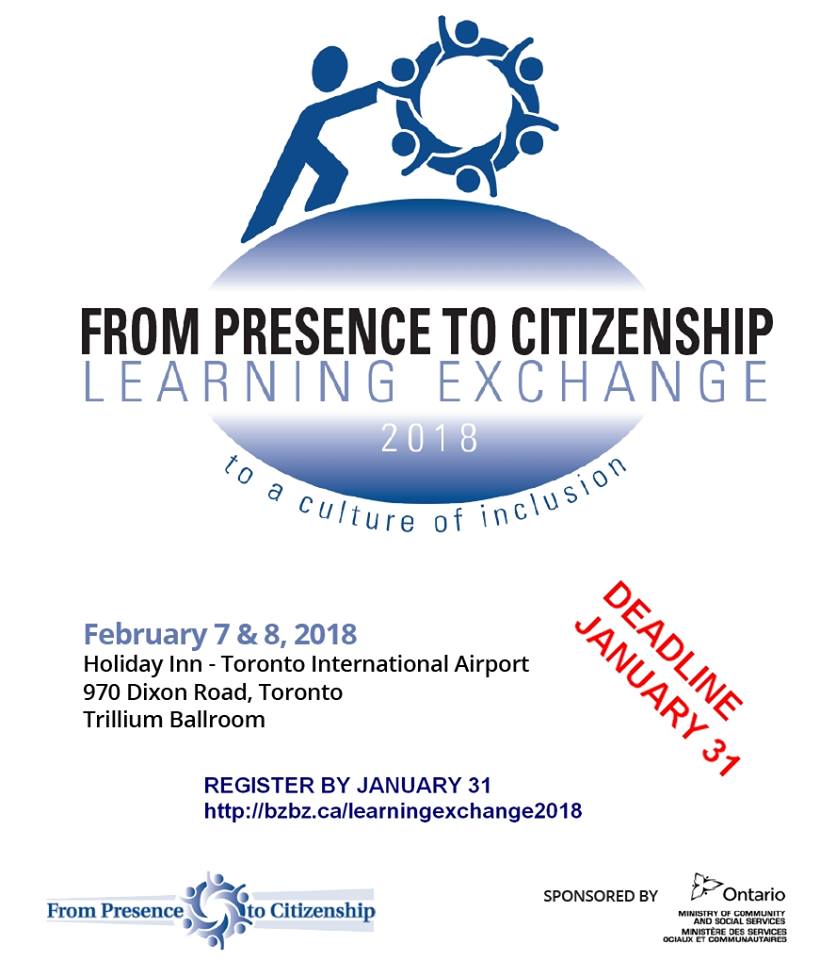 Although these are challenging times, there is also a lot of progress in the sector, some of which will be celebrated at the From Presence To Citizenship Learning Exchange in Toronto, February 7-8.

LiveWorkPlay is one of the founding members of this provincial coalition, and the lineup for this year’s event is truly outstanding: Lynne Seagle, Peter Leidy, David Pitonyak, Julie Malette, Christine Kuepfer and music by Cale Crowe. There is also a dynamic panel session with John Policicchio, Tony Rachwalski, Cathy Stroud, and Laura Hanley. 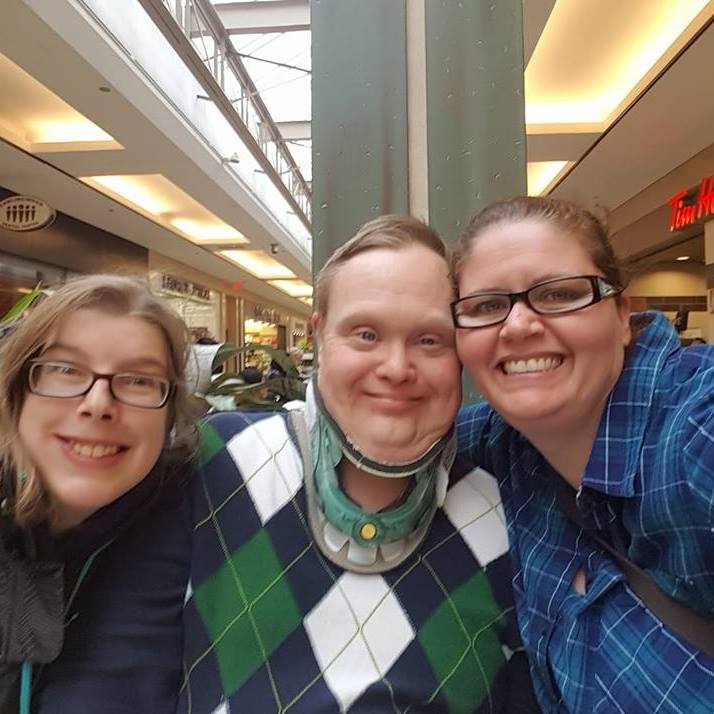 It’s been a rough time for Paul Knoll and family after he underwent a very challenging surgery to correct issues with his spine.

With a lot of support Paul has worked hard on his recovery and is starting to get out and about again.

Paul is planning to attend the Foolish Family Feast on March 23 and make a statement in support of World Down Syndrome Day (officially observed on March 21). 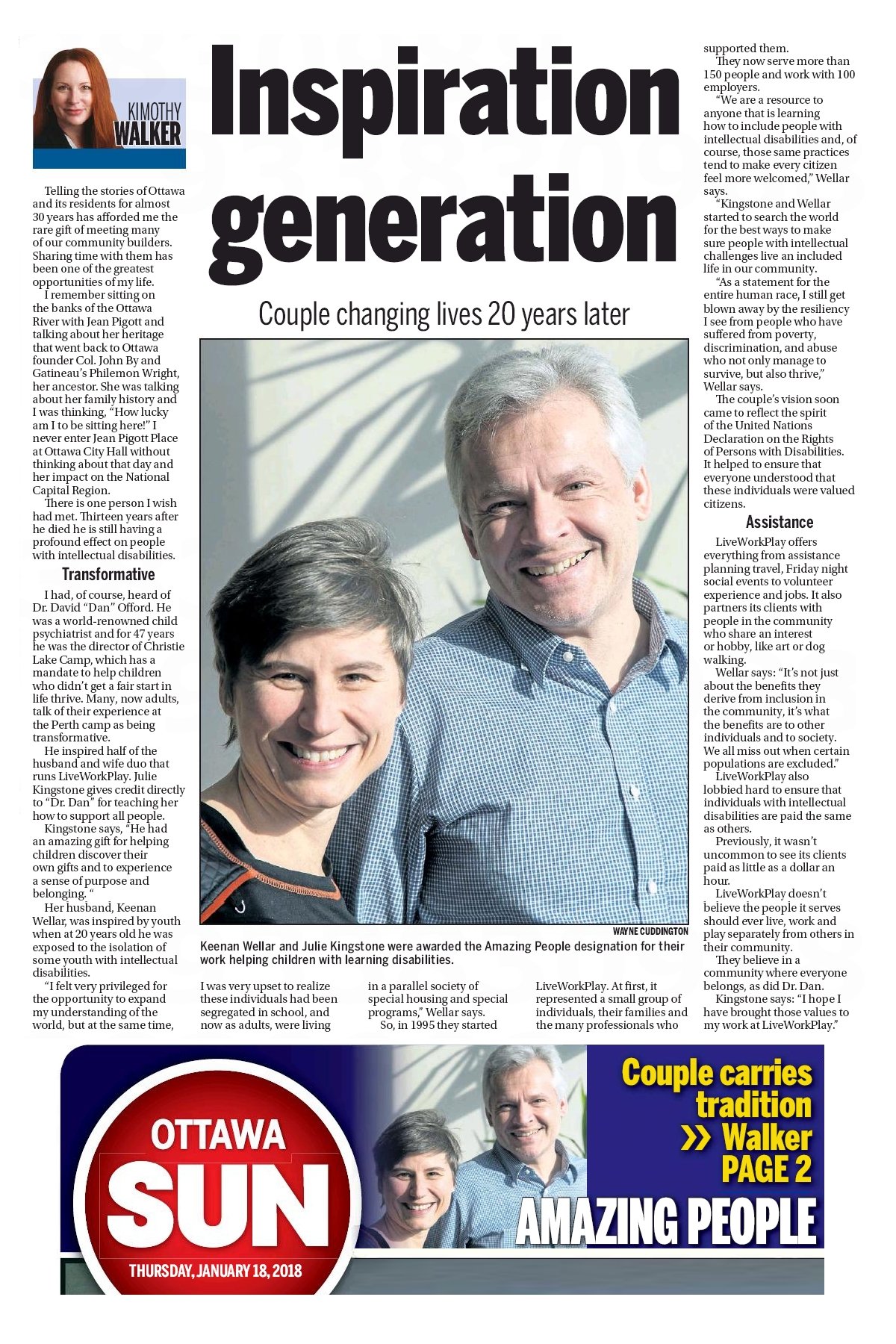 Our co-leaders Julie Kingstone and Keenan Wellar were the main contributors to a full page LiveWorkPlay story by Kimothy Walker in the Ottawa Sun on January 17.

This charming piece went back to the origins of the organization, and sources of inspiration that included Dr. Dan Offord, as well as the members and families of LiveWorkPlay.

Of course it has been an amazing team effort, with hundreds of volunteers and community partners too, and of course individual staff members, some of whom have moved on, but also the current team!

Starting in 2018 we will be celebrating staff work anniversaries! First up was a pretty significant milestone for Daniel Harris. He has been involved for much longer, but January 15 marked 10 years of service as a full-time staff member. Congratulations Daniel!

LiveWorkPlay will be at St. Peter High School on February 22 to participate in an information and planning event for individuals and their families who are preparing for life after high school. 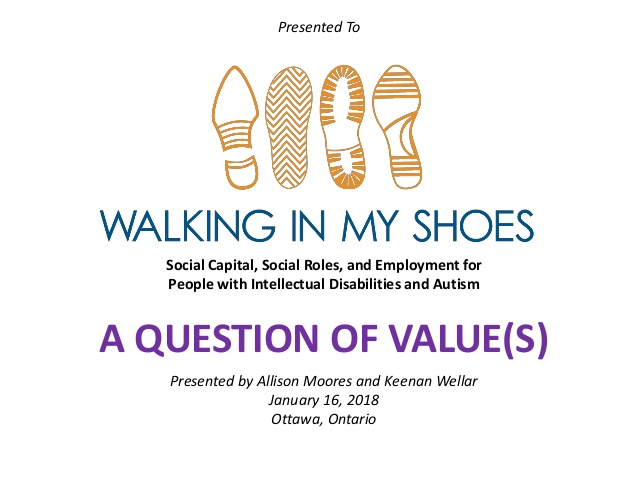 Earlier this month Support Coordinator Allison Moores joined with Keenan for a two-hour session with the Walking In My Shoes parent support group.

There were great conversations with these family members of mostly younger children with intellectual disabilities and autism who are thinking ahead to their children’s future as included and contributing adult members of their community. You can see the slides from the presentation here.

The presentation emphasized some of the exciting developments in employment. It has been an extremely busy January for the LiveWorkPlay employment team, with many new job starts. We will have more to say about these jobs in future, but some existing relationships are getting a lot of attention. The Hire for Talent video series (which features many LiveWorkPlay members and employment partners) has surpassed 5000 views!

Our joint video project with Innovation, Science, and Economic Development (ISED) Canada with Tara Pahwa and her colleagues is now being featured on the Government of Canada website promoting public service careers. Check it out! Help us get to 500 views. 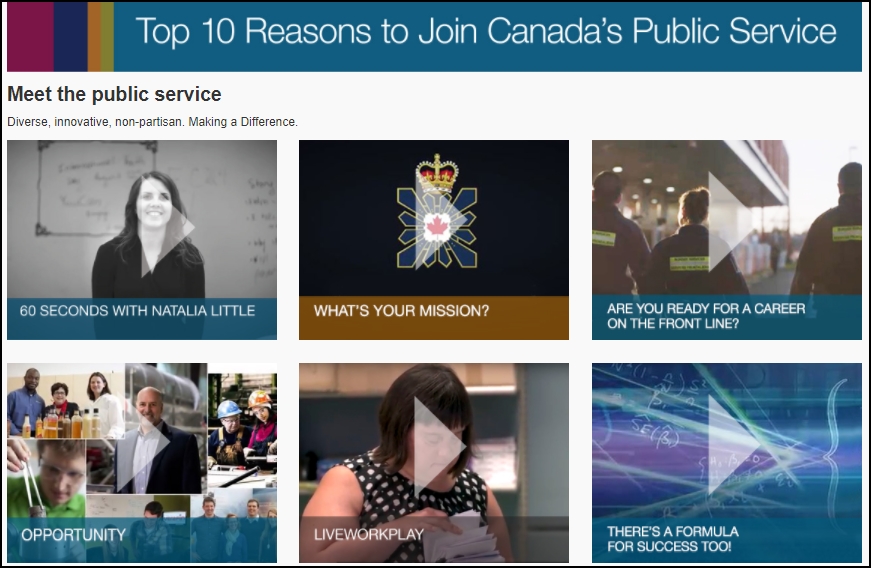 Thanks for reading this far! Don’t forget we have lots of news breaking regularly on our website, http://liveworkplay.ca and don’t forget our busy social media channels!