No fooling, it’s the first day of April tomorrow, and a week from Thursday is Recipe for Success! If you have been out recruiting donations and sponsorships, please get that information to Julie Kingstone as soon as possible (now would be good). 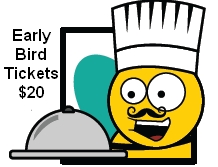 Presented by TD Bank with confirmed gold sponsors WestJet and Via Rail (and many more to come) get your tickets now to enjoy the silent auction, roving trays of delicious appetizers, and a live auction with the fun-filled antics of our co-hosts Sandy Sharkey (Boom 99.7) and Derick Fage (Rogers TV).

Thanks to the 20th Anniversary Committee of Cooper Gage, Ian and Warren Murphy, and Jennifer Harris, LiveWorkPlay will be featured on April 9-10 on CTV Ottawa’s “Amazing People.” There will be a recorded segment from a visit to the LiveWorkPlay office airing on the 6pm news on the 9th and then a live-in-studio feature during the Noon news on the 10th. We know you’ll all be at Recipe

for Success on April 9th so don’t worry, CTV Ottawa always puts the 6pm news on their website! Maybe we’ll even show it at the event!

Speaking of Cooper Gage, he recently took part in an amazing fundraising event for United Way Ottawa with Mark Sutcliffe and was featured on CTV and other media. Along with their mothers Lyse and Madonna, Caroline Matte and Ryan Nevitt were interviewed for the Amazing People segment and also joined Keenan on the CKCU Welcome To My World radio program for a very insightful discussion about the past 20 years of LiveWorkPlay. 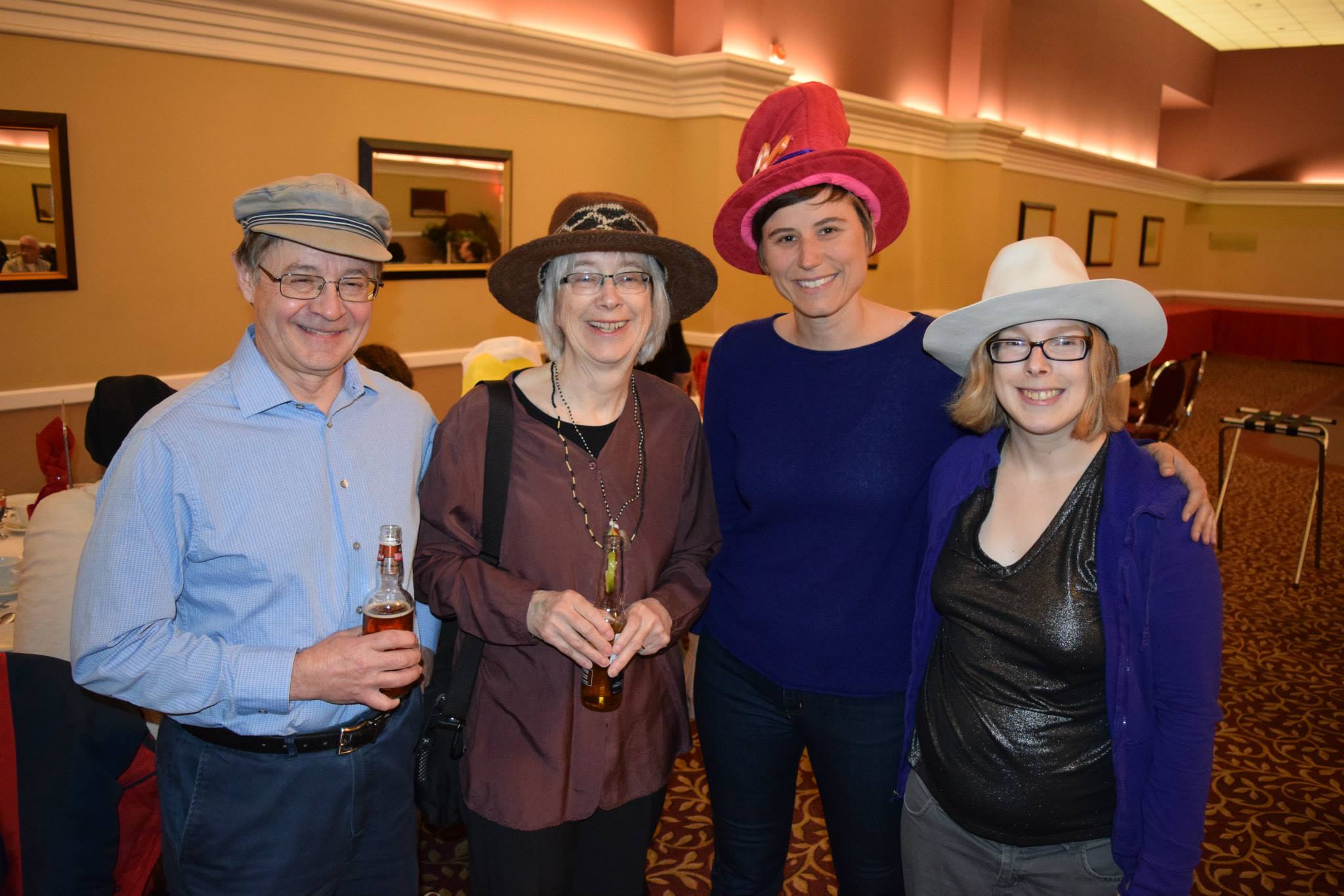 In other amazing news, Julie Kingstone was recently honoured as Alumni of the Year by uOttawa Social Sciences! Here’s Julie (red hat) enjoying the March 20 Foolish Family Feast with Janet Balcome, her dad David, and her mom Nancy. The evening had a light agenda and many would suggest that Paul Knoll stole the show, not only because of his excellent hat, but because of his very meaningful statement about World Down Syndrome Day.

Last but not least, People Connector Alex Darling and Support Coordinator Allison Moores are soon off to Richmond Hill to learn from others and to host a learning workshop on April 14th at the 2015 Learning Community for Person-Centred Practices Gathering. They will be presenting under the intriguing title of “Out of the Box and Off the Shelf” (how person-centred plans get implemented at LiveWorkPlay, and in particular how we facilitate relationships between our members and other citizens).

With breaking news last week about the Tunney’s Pasture sheltered workshop and the end of a federal contract, an important opportunity emerged for a dialogue about progress in support employment for people with intellectual disabilities. LiveWorkPlay Co-Leader and Director of Communications Keenan Wellar was quoted in two Ottawa Citizen articles, spoke on CBC radio All In A Day with Bryan Tardif from Citizen Advocacy, co-authored an op-ed (also in the Citizen) and encouraged other agency partners and leaders to get involved in the conversation. Renowned advocates like Mark Wafer have written articles with a similar viewpoint and publicly credited LiveWorkPlay for their approach to matching people with intellectual disabilities and employers.

The Board of Directors also issued a statement concluding:  Sheltered workshops present a significant systemic barrier to inclusion, so we are advocating that those who are not yet receiving adult Developmental Services be supported differently, and that those currently in segregated situations receive the planning and supports they need to make a successful transition to inclusive environments. LiveWorkPlay is here not only to assist in identifying this challenge, but to work with others and be a part of the solution.

It makes us sad when people miss out on events, so remember to visit http://liveworkplay.ca and use the CALENDAR tab or all event dates and registrations. The dates and locations below must be confirmed through ONLINE REGISTRATION (sometimes things change).

We’ve included direct links for online registration for some upcoming events below, please sign up today!

In recent weeks there has been lots of activity on our Facebook page and group, so please join in that fun too! You can also follow @LiveWorkPlay on Twitter, and check out our channel on YouTube. We are nearing 2000 fans on our page, maybe you can help us start on our next 1000!