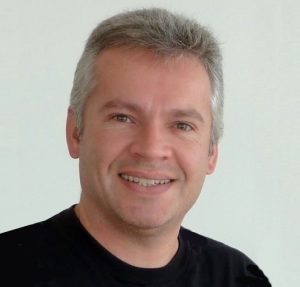 My office phone is 613-702-0332. This will also ring my cellular phone. If you want to talk to me on the phone, there’s no secret number or special number to call, that is the best one to call. Do not hesitate to leave a voice mail if I am not able to answer – a copy of your voice mail will also be sent to me by email.

I am active on multiple social media channels, under my own name as well as representing LiveWorkPlay, but for professional inquiries, LinkedIn is most appropriate for a direct message, or to access my full credentials. I do not monitor for direct messages on other platforms as frequently as LinkedIn.

Please make sure I am the right person to contact before you reach out – only because it will save both of us time if your call was better suited to another member of the team. Our entire team directory is available here: https://liveworkplay.ca/contact-us/

Thank you for your interest in LiveWorkPlay! If you want to learn more about me as an individual, you can keep reading below.

Keenan Wellar has served as Co-Leader and Director of Communications for charitable organization LiveWorkPlay since 1997. Keenan was a co-founder of the agency and served as a volunteer board member from 1995-1997, before leaving his full-time role as a network manager with Canada’s SchoolNet. He accepted the first staff position at LiveWorkPlay under the direction of an independent board, elected by members comprised mainly of adults with disabilities and their families.

As the media and public relations spokesperson for LiveWorkPlay, Keenan champions inclusion for people with intellectual disabilities and autistic persons in the Ottawa area community, as well as provincially as a founding member of the From Presence To Citizenship initiative, and nationally and internationally in partnership with housing, employment, and other advocacy organizations, including Community Living Ontario and Inclusion International. He has appeared in more than 100 media interviews and has been the subject of career features in the Globe and Mail, Ottawa Citizen, and Ottawa Sun.

Keenan has received individual recognition such as a United Way Community Builder award (2010), Honourary Lifetime Membership with the Golden Key International Society (2018), Community Living Ontario Social Media advocacy leader of the year (2014), was featured as an inclusion champion on Challenges and Change with Craig Oliver (2016) and was featured on CTV Ottawa Amazing People with his wife Julie Kingstone (2015) and many key supporters of the organization.

Keenan has a Masters in Applied Linguistics from Carleton University, and is a founding member of the Carleton Alumni Mentorship Program, and has mentored more than a dozen 3rd and 4th year undergraduate students. He also holds degrees in History and Education with Ontario Teacher Certification from the University of Ottawa, a Professional Certificate in Non-Profit Marketing from the Sprott School of Business, and is a BoardSource Certified Governance Trainer.

He enjoys kayaking and nature photography as well as the local music scene and sports. Keenan has also done some work on the other side of the pen and lens, as a regular contributor and feature article writer for Non-Profit Quarterly (2018-2019).

About Keenan Wellar and Disability 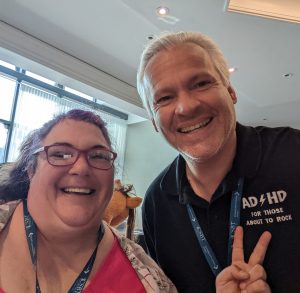 I added this section in November 2022. After another member of the LiveWorkPlay team shared news about a diagnosis they had received, I decided to make some inquiries of my own. After an extensive process of interviews and cognitive testing, I received a diagnosis of Attention Deficity Hyperactivity Disorder (ADHD). Although with age, a lot of the “H” no longer applies, the testing was very conclusive in terms of my struggles with short-term memory.

I am very fortunate in that in my professional and personal life, without need of a diagnosis or formal plan, my family and my work colleagues have already done so much to support me to utilize my gifts and talents, and have already figured out that I struggle with certain types of communications. Basically, although I enjoy conversations, I cannot retain a lot of specifics from verbal communications (short term memory gets overloaded). The basic accommodation that helps me the most is following up with a text-based summary of any action items arising from verbal communications.

I don’t make a point of talking about my ADHD diagnosis, but I certainly don’t hide it. As a former provincial advisor to People First of Ontario and a member of various committees with Community Living Ontario where people with disabilities often talk openly about their disability, I felt it was important to share a bit about my own relationship with disability.

I currently have two physical conditions that impact on my life. Dupuytren’s contracture (also known as Dupuytren’s disease) is a relatively painless condition that causes one or more fingers to bend toward the palm of the hand. Mine started sometime around age 40. There is an operation to correct it, but it always comes back, and there are limits to how many times you can repeat the surgery. So I have yet to have the surgery. When they say it is a painless condition, that’s only true if you don’t accidentally strike your hand on a flat surface – that’s easier to do than you might think – just supporting your weight on a floor if you lose your balance is an example. I love camping, kayaking, and hking, and those provide for lots of opportunities to hurt my hand. Fortunately, it’s usually just some short-term pain, and it doesn’t interfere with typing on a keyboard or even writing with a pen, so it’s not a big deal for me at this time.

I also have a severe form of inflammatory arthritis commonly known as Gout. If I have a “flare up” of gout, I can’t do much of anything – walking even with an air cast is really difficult, and without medication, even plunging your foot into an ice bath brings only minor relief. In December 2019, I had such a bad case of gout that I was in pain for something like a month (typically it would be more like 3-5 days). Sometimes gout can be managed with a change in diet, and for me, this has worked. I became an almost-vegetarian and dropped alcohol (don’t bother pointing to a photo of me at conference eating a steak with a glass of wine, I didn’t say never, I said almost-never). In any event, going on 3 years now, I have not had a serious gout attack.

To be clear, none of the above has anything to do with my original interest in supporting the rights and inclusion of people with intellectual disabilities and autistic persons. I think my understanding of my motivations has probably shifted a little over the years, but my answer to this question back in 2014 still rings true.